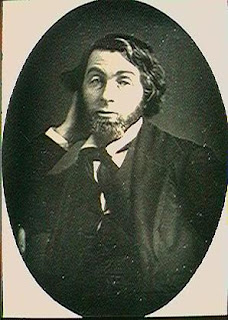 Look: There’s Walt Whitman.
It’s very late – no, make that very early – and he’s walking down Broadway, right near St. Paul’s Church. It’s now spring, and while the day was unmistakably warm, there’s a wintry chill in the air tonight. Walt doesn’t mind. He’s wearing wool pants, a cotton shirt, a wool jacket and a hat (“a plain, neat fashionable one from Banta’s, 130 Chatham Street, which we got gratis, on the strength of giving him this puff,” he writes in a recent piece in the Aurora, a newspaper he’s editing these days). His boots and cane – a little silly for a hale man in his early twenties to be using one, but then Walt is a bit of a fop – resound on the paving stones, as do the sounds of horses’ hooves up ahead, where a carriage crosses his path. Broadway is unusually quiet tonight and the gas lamps only barely cut the darkness. He sees two candles in a nearby window on the corner of Fulton Street.

He’s been to a play. Good company, good seats, good – not great – show. He’s a little tired now as he heads back to his boardinghouse, but happy. He thinks of a woman he saw on his way to dinner. He remembers, and puts aside, a disagreeable task. He hears those boots as they hit the paving stones. He’d like a pair of new ones.

After some false starts and missteps, he’s finally beginning to make progress in his chosen vocation. He’s got big plans – an idea for a novel he wants to start soon – and inchoate dreams of fame and fortune. “Strangely enough, nobody stared at us with admiration,” he thinks, with that plural pronoun he likes to use in his pieces. “Nobody said ‘there goes Whitman, of Aurora! – nobody ran after us to take a better, and better look – no ladies turned their beautiful necks and smiled at us – no apple women became pale with awe – no news boys stopped and trembled, and took off their hats.’” Walt smiles, self-mockingly. But he knows we’re watching him. He is enjoying this.
Posted by Jim Cullen at Friday, May 31, 2013 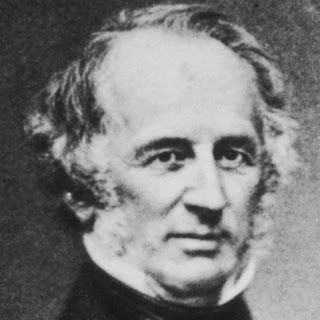 Cornelius Vanderbilt and the birth of the Robber Barons

The following post is part of a series -- actually, it's the last in a series -- on the the emergence of the self-made myth in U.S. History.