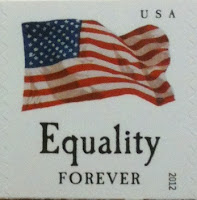 The following is part of a series of posts on the relationship between freedom and equality in U.S. history. The previous posts are below.